We were so honored to work with Jason Borders and Brian Judd on this project! It was alot of fun and a unique project. Stop in for a pit stop at Ford's Garage in Plano, TX.

"A restaurant with a cool vintage garage theme has opened in Plano: Called Ford's Garage, its a burger-and-craft-beet concept inspried by Henry Ford himself, and has opened its first Texas locationin Plano, at 3904 Dallas Pkwy. The Plano location is in a 9,80-0 square foot space that used to be a Razzoo's Cafe, which cloded in December 2019 after 20 years. Its the first of hopefully many Ford's Garage locations planned for Dallas-Fort Worth, by franchisees Brian Judd and Jason Borders, longtime friends and restauraneurs whose experience including owning and operating restaurants ranging from fast casual to fine dining."

"The new restaurant in Plano is sculpted to look like a 1920s service station and is filled to the brim with Ford memorabilia, including vintage vehicles, fixtures, and gas pumps, as well as a Model T or Model A car suspended above the center bar." 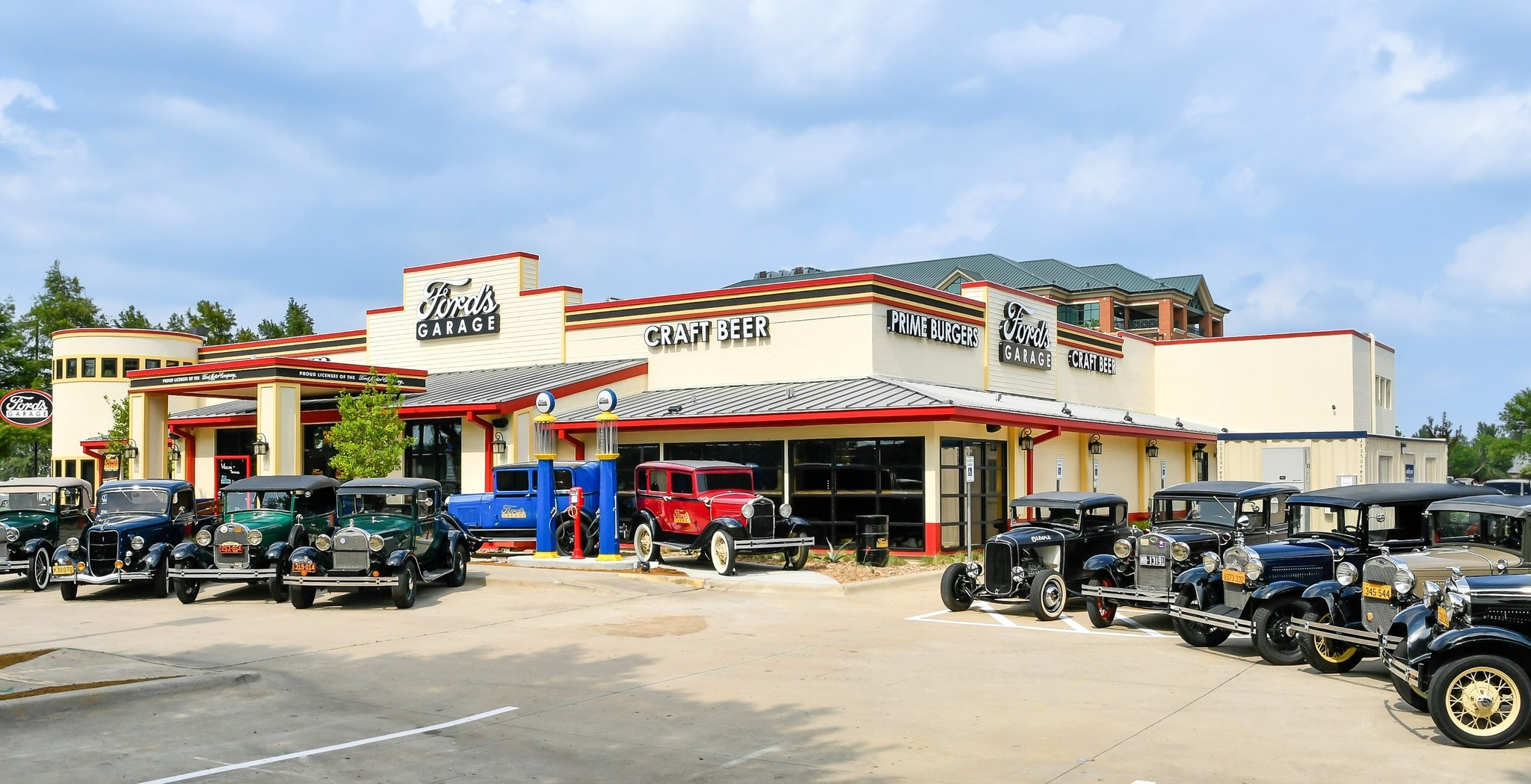