What happens when a restaurant used the Ford Motor Company name without asking first? Hopefully not a lawsuit... The restaurant got a hphone call from the licensing division of Ford Motor Company...saying they stoped in the restaurant, liked it, thought it was pretty cool and didnt want to send a cease-and-desist letter," Ford's Garage brand president Steven Shelmon told Nations Restaurant News.

"Sometimes you're better off begging for forgivness," he continued.

Ford's Garage - the casual-dining restaurant in question - is headquarterd in Fort Myers, Florida and was started by four entrpreneurs in 2012. It's less than a mile from the winter home of Ford founder Henry Ford.

Here at ID Studio 4 we have teamed up with Ford's Garage in their expansion nationwide. We could not be more excited to be involved with this growing brand! Stay tuned for more news in regards to the fast expanding of Ford's Garage! 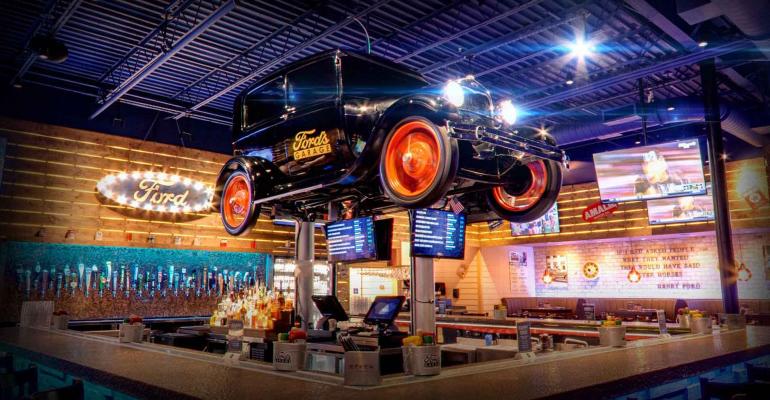